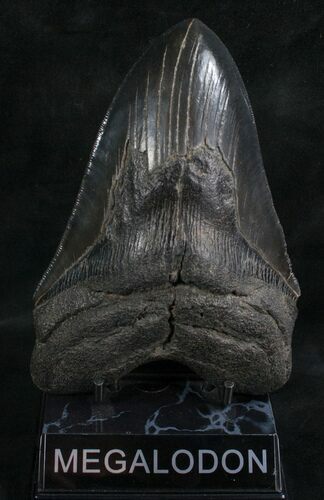 This is an absolutely massive Megalodon tooth at 6.08" in length. Very few teeth in excess of the magic 6 inch mark are found. It would have come from a very large, adult shark, probably in excess of 50 feet. A true apex predator of the Miocene oceans.

Not only is this tooth huge, but the serrations are in excellent shape, still razor sharp to the touch. The enamel is dark and glossy with only some minor peals on the the front. This is a kill tooth all around that displays very impressively on the included stand. 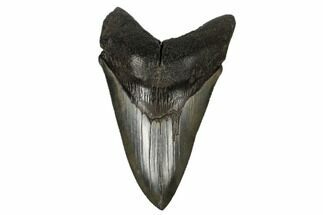