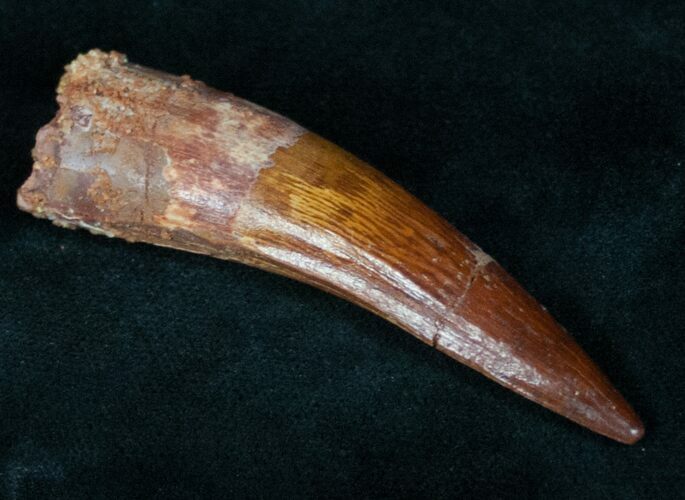 This is a beautifully preserved, 2.75" long tooth of the largest known meat-eating dinosaur Spinosaurus maroccanus. It comes from the late Cretaceous, Kem Kem Beds near Taouz, Morocco. The enamel on this beautiful tooth is in excellent shape, with minimal feeding wear to the tip. There are two repaired cracks in the tooth, on in the base and one about 1/3 of the way down from the tip but no restoration. Probably in the top 5% of Spinosaurus teeth quality wise.