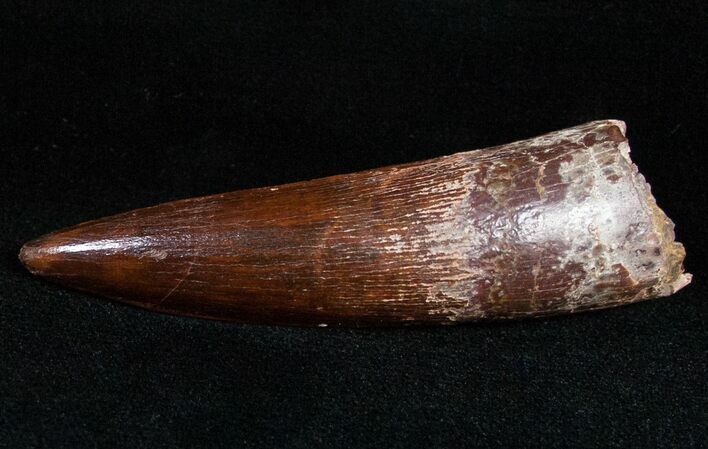 This is a beautifully preserved, 3.09" long tooth of the gigantic theropod dinosaur, Spinosaurus maroccanus. It's hard to acquire large teeth like this one that have good preservation without restoration or compositing. The tooth has gorgeous, dark, reddish-brown enamel preservation and a nice tip with almost no feeding wear. There is a hairline repaired crack near the tip but it's barely noticeable. Beautiful tooth.