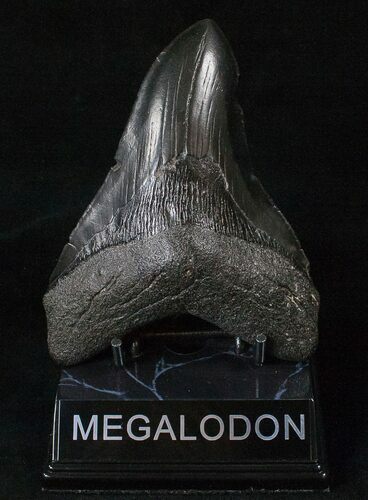 This is a dark black, 5.30" long fossil Megalodon tooth collected in South Carolina. There area chips out of the edge of the blade but otherwise it's a nice tooth. The thinner, dagger-like shape indicates it is a tooth from the lower jaw and would have come from an adult Megalodon shark, probably in the 40 foot size range. A true whale-eating monster of the Miocene seas. Comes with the pictured display stand.