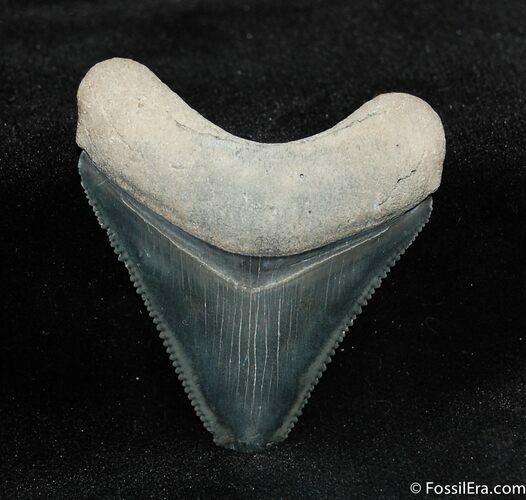 Here is a 1.83 inch long Megalodon tooth with some very nice serrations. It's from one of the classic land localities the Bone Valley region of Florida. Teeth from this tend to be very well preserved and colorful and are thus highly desirable to collectors.