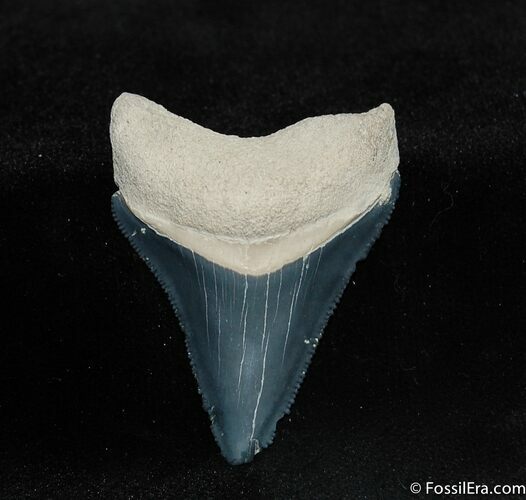 This is a beautiful of a Megalodon tooth from one of the classic collecting localities, Bone Valley in Florida. Bone Valley teeth are highly coveted by collects for their distinctive colorations and great preservation. This one has some phenomenal serrations and is 1.72 inches long.