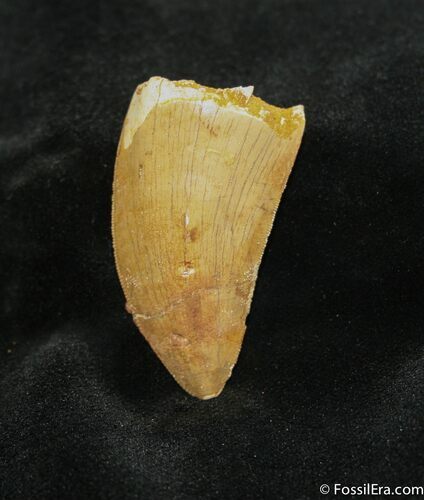 Here is a nice 1.72 inch long tooth from one of the largest meat eating dinosaurs to roam the planet. Carcharodontosaurus is sometimes referred to as the "Moroccan T-Rex" It was found in the Tegana Formation in the Kem Kem Basin region of Morocco and is Upper Cretaceous in age. The serrations along the edge of the tooth are easily visible and sharp to the touch.

There are two repaired cracks in the tooth, but it is a real tooth.