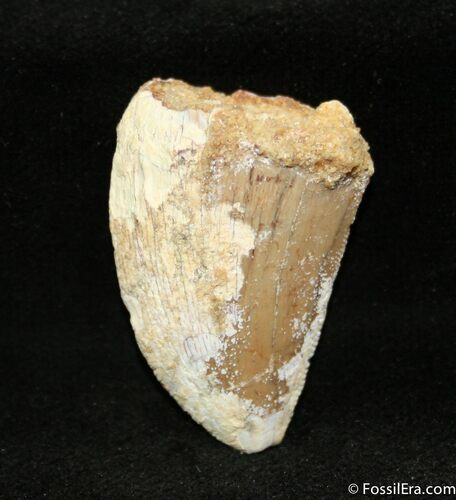 This is a partial tooth of one of the largest meat-eating dinosaurs (bigger than T-Rex) to roam the planet, Carcharodontosaurus. This is the end of the tooth, and you can see the serrations visible along the edge. This tooth is authentic and has not been restored or repaired. One side has nearly all the enamel still present and about half of the enamel is present on the other. The white color you see is the natural color of the phosphate which replaced the interior of the tooth.