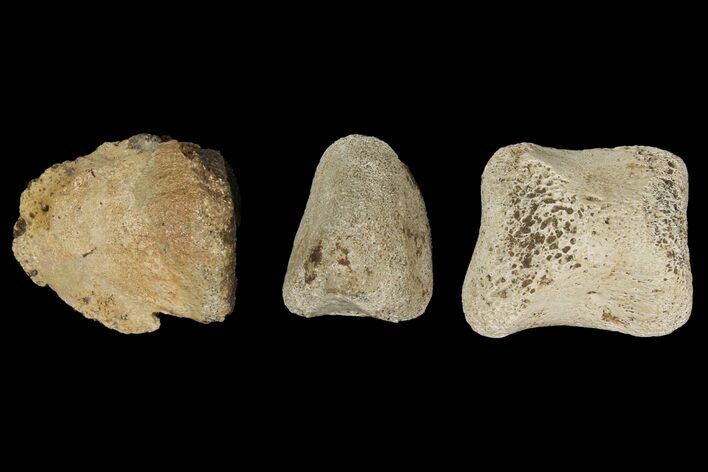 
This is a nicely preserved set of Hadrosaur finger bones from the Horseshoe Canyon Formation, Alberta, Canada. The bones are articulated, however the finger is a composite, consisting of bones from separate Hadrosaurs. They come from an unidentified species of hadrosaur and are Upper Cretaceous in age, between 74-67 million years old. The distal phalanx is 1.2" long, the medial phalanxes are 1.1" long and .9" wide.