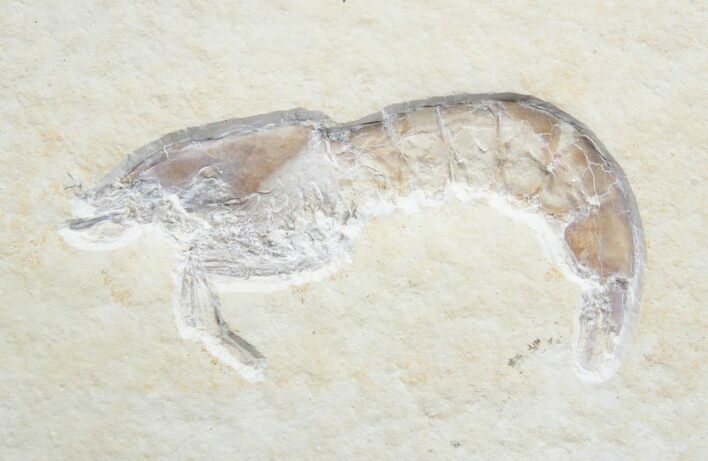 This is a well preserved specimen of an Upper Jurassic fossil shrimp from the Solnhofen Limestone in Germany. Unlike most specimens you see on the market this one has not been color enhanced (painted). This is often done to add in, or add contrast to missing details such as antennae, and legs. It is approximately 2 3/4 inches long, a little over 3 inches around the curve and presented on a large piece of natural matrix.