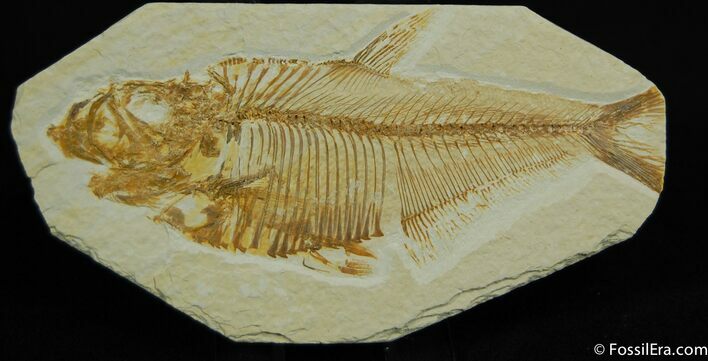 Here is a nice 4 inch Diplomystus from the "split fish" layers of the world famous Green River Formation. It has great detail with the bone structure, backbone and fins of this large herring easily seen. The orangish-brown color of the fossil contrasts well with the creme colored matrix and it displays well on the included stand. 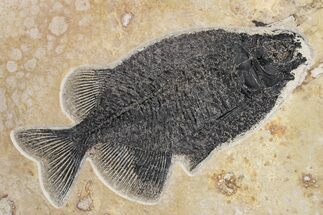