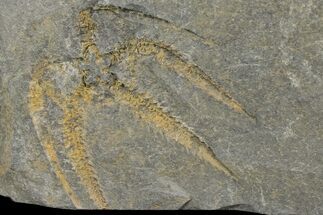 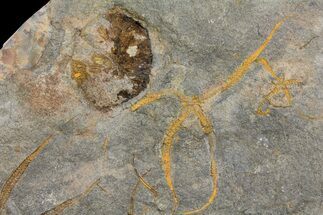 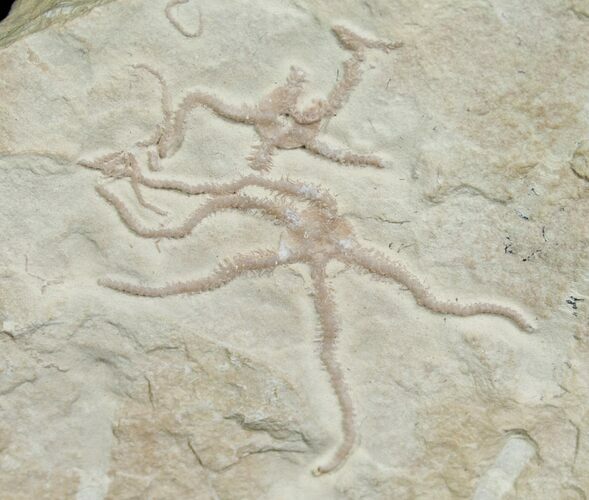 This is a mulit-specimen plate of Jurassic aged brittle stars (Ophiopetra lithographica) from the famed Solnhofen Limestone of Germany. There are two brittle stars preserved on a 2x2" piece of matrix, the largest one having an arm span of about 1 1/4 inches. The preservation is very nice on this piece and the fossils do no have any enhancement. 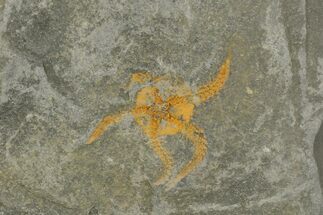 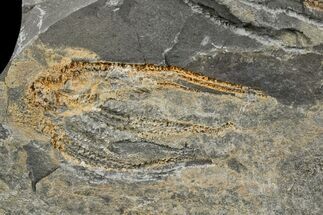