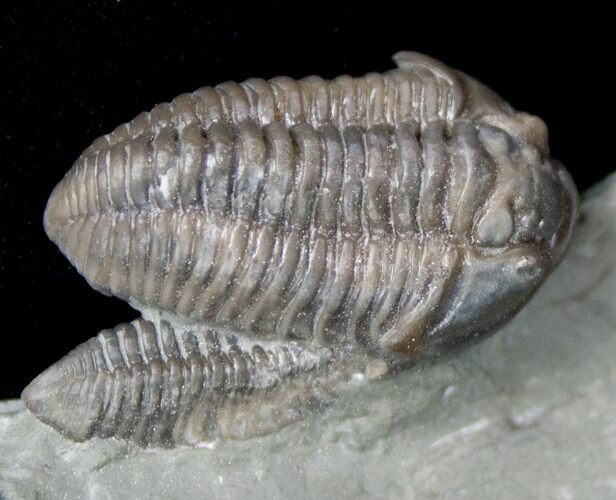 This is a double specimen of Flexicalymene retrorsa from the famous trilobite beds of Mt. Orab, Ohio. One specimen is lying right on top of the other one. The top specimen is very inflated with nice dark shell preservation and is .95" inches long. This specimen was prepared under microscope using air abrasives.