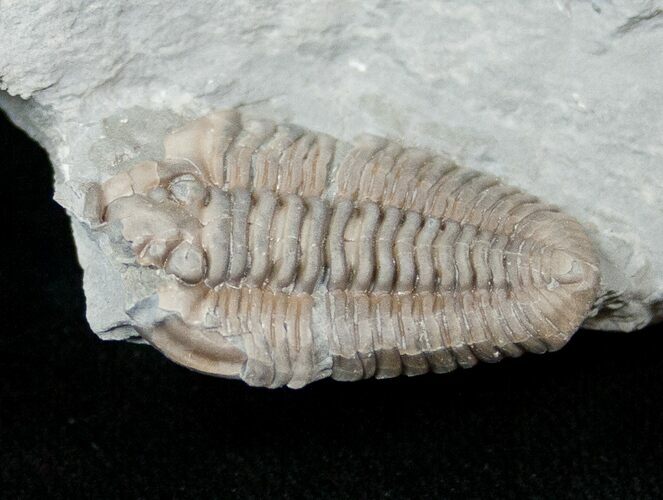 Opposing sides of this specimen contain two 3D specimens of Flexicalymene retrorsa from the famous trilobite beds of Mt. Orab, Ohio. Several additional partial trilobites are present on the matrix. It was cleaned under microscope using air abrasives to reveal the well preserved shell detail.