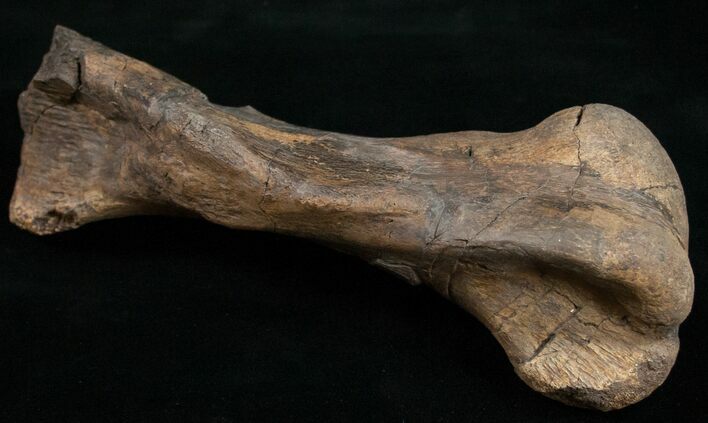 This is a large, 9.2" long Metatarsal (toe bone) of a Edmontosaurus annectens from the Hell Creek Formation in Montana. The bone (like most dinosaur bones) was found in many pieces and had to be reassembled. There is a few areas where some gaps were filled in but the results of nice considering the state the bone would have been in when preparation began.