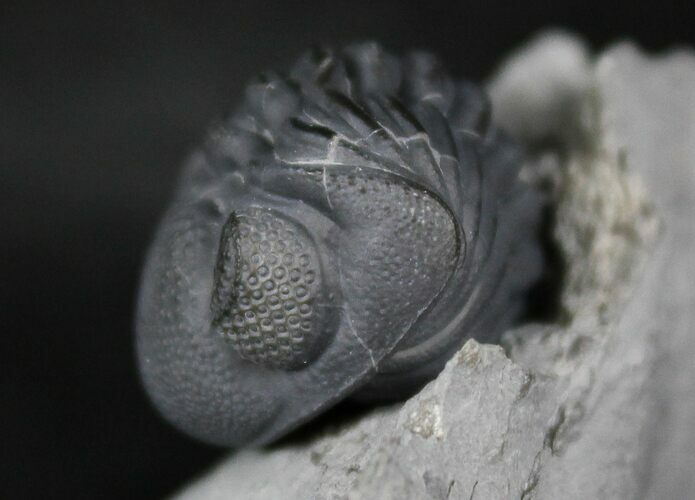 This is an enrolled Eldredgeops from the Windom Shale of NY. It's .9" wide so it would be about 1.4" long if outstretched, a good sized specimen. It's nicely inflated with good eye facets and still in it's natural position in the shale. 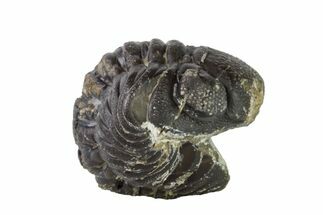