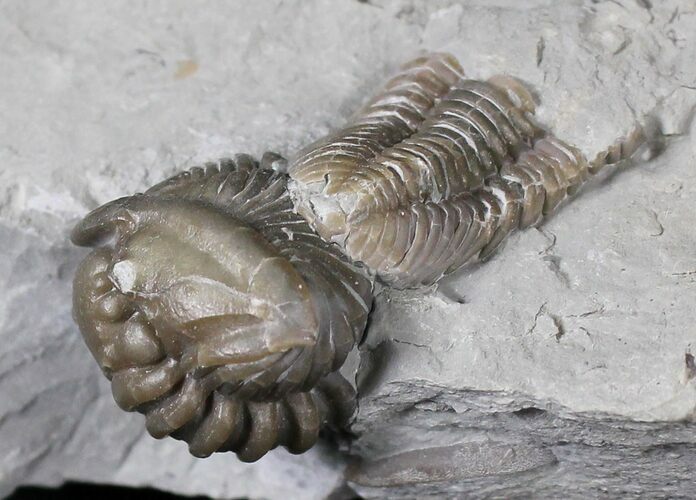 This is a nice, 3D Flexicalymene retrorsa trilobite fossil from Ohio. It is enrolled in a defensive posture with beautiful shell preservation. It has been prepared under microscope using air abrasives to reveal the exquisitely preserved detail and is still partially embedded in the shale it was found in. There is a partial specimen of another prone specimen right beside it.