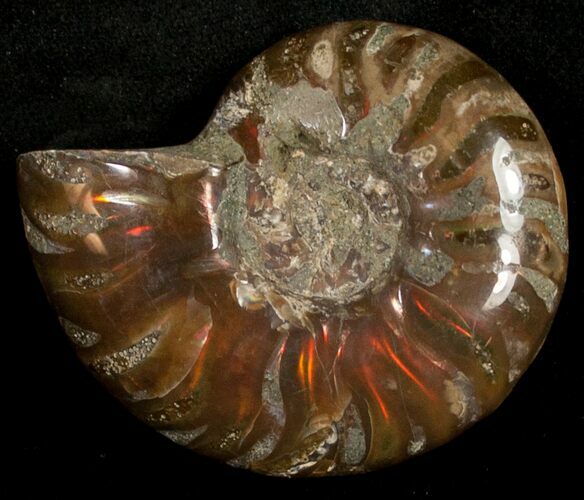 Photos don't do this 110 million year old, polished ammonite fossil justice. It shines with brilliant iridescent red hues when the light hits it from certain angles.