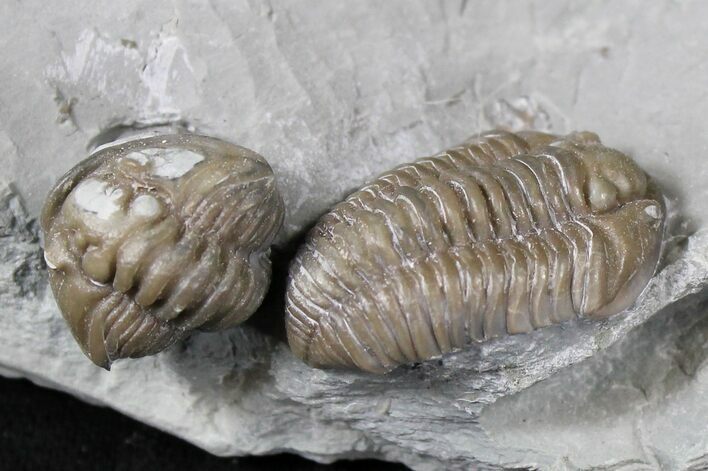 This is a pair of Flexicalymene retrorsa trilobite fossils from Mt. Orab, Ohio. There is a mostly prone specimen with just it's tail tucked next to an enrolled trilobites. They were cleaned under microscope using air abrasives.