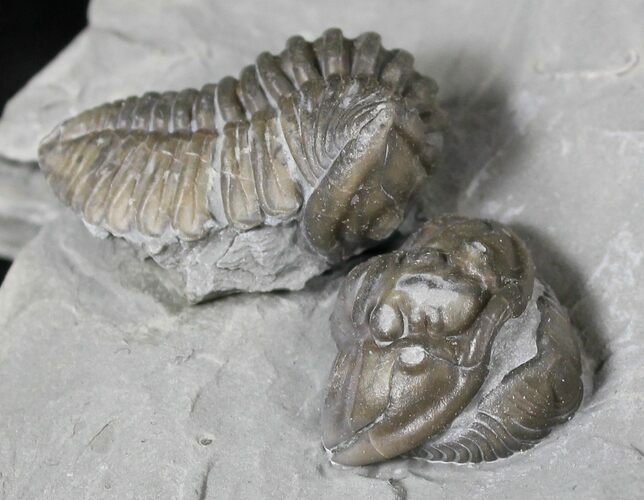 This is a pair of Flexicalymene retrorsa trilobite fossils from Mt. Orab, Ohio. There is a fully enrolled specimen next to one that just has it's tail tucked. Both specimens are very 3D and show great shell detail. They were cleaned under microscope using air abrasives.