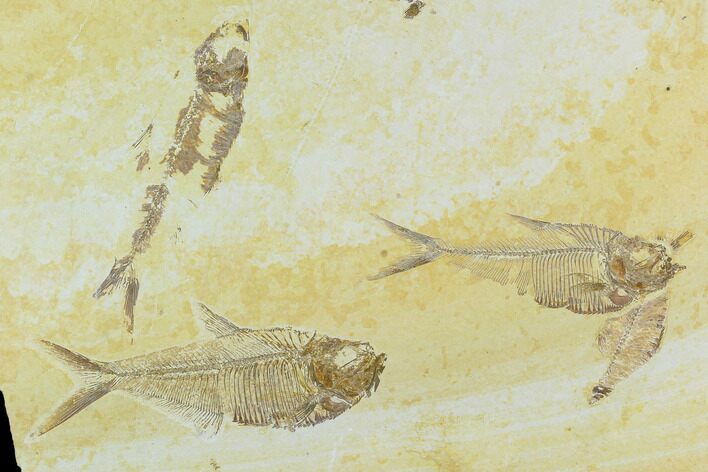 This is a fossil fish plate from the Green River Formation, near Kemmerer, Wyoming. It contains two Diplomystus a, knightia and sections or impressions from two other fish. The largest Diplomystus is 4.4" long. It shows bone and fin rays and scales.