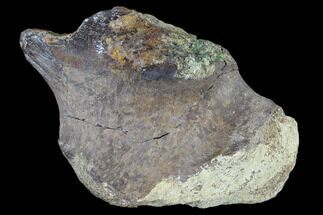 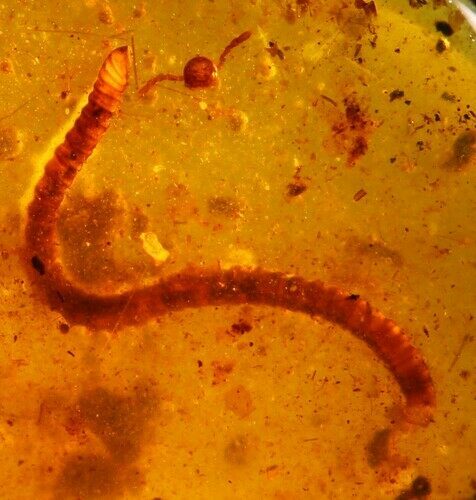 This is an unknown fossil in .7" amber from Myanmar, formerly Burma. The amber is Late Cretaceous in age and very clear with a number of inclusions. One is rather worm like but it does not show enough diagnostic structure to be definitive.

Burmese amber, or Burmite, is collected from small mines in the Hukawng Valley and is an important source of Cretaceous plant and animal fossils. Geologists suspect that the area was once part of the supercontinent Gondwana.
View Jurassic World Fossils
SOLD
DETAILS
SPECIES
Unidentified
AGE
Late Cretaceous - Turonian–Cenomanian Stage 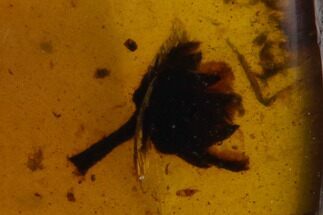