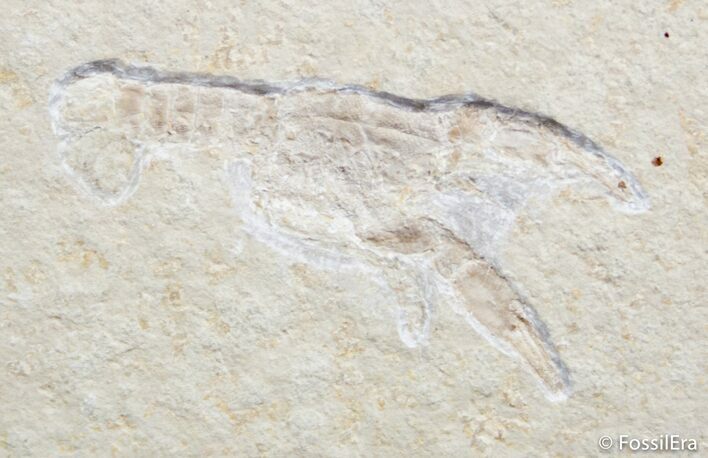 This is a complete fossil lobster of the species Eryma modestiformis from the Upper Jurassic Solnhofen Limestone in Germany. There is also about half a dozen floating crinoids of the species Saccocoma pectinata on the plate. Unlike many fossils for sale from the Solnhofen it is natural with no color enhancement.