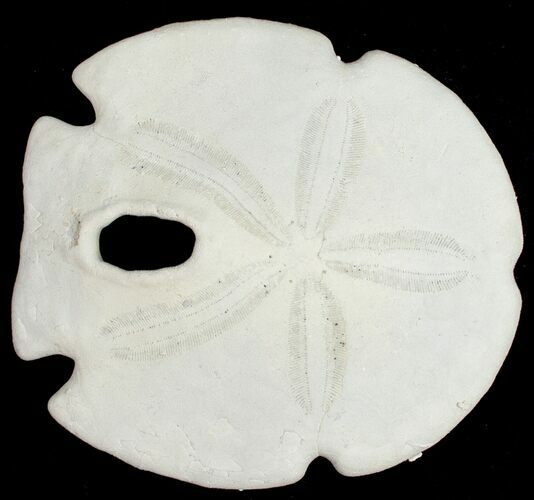 This is a exquisitely preserved fossil "sand dollar" of the species Encope tamiamiensis. It comes from the Tamiami Formation of Southern Florida. This formation dates to the late Miocene through Pliocene periods. The fossil has been completely removed from the surrounding, limestone matrix.