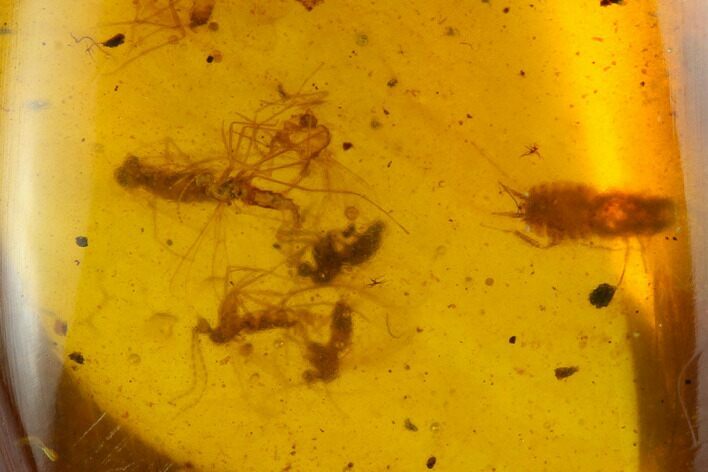 This is an exciting piece of amber. It contains a 2.2mm, fossil springtail (Collembola) in the .8" long amber from Myanmar, formerly Burma. In addition there aleast least five flies (Diptera). The amber is Late Cretaceous in age, so these insects were alive at the same time as the dinosaurs. Other inclusions are air bubbles, cracks or plant material. Most inclusions in amber are very small and best viewed under magnification.

Burmese amber, or Burmite, is collected from small mines in the Hukawng Valley and is an important source of Cretaceous plant and animal fossils. Geologists suspect that the area was once part of the supercontinent Gondwana.
View Jurassic World Fossils
SOLD
DETAILS
SPECIES
Collembola, Diptera
AGE
Late Cretaceous - Turonian–Cenomanian Stage