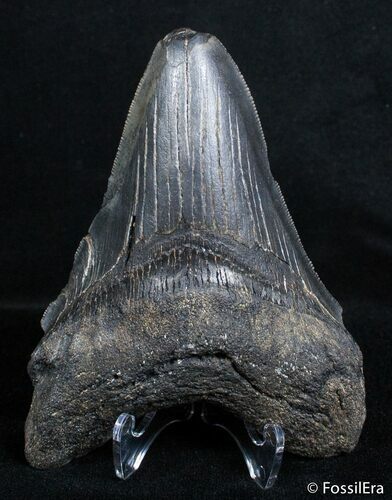 This is a bargain, 4.1" long Megalodon tooth collected in Georgia after it eroded out of the Hawthorn Formation. The enamel is in decent shape, most of the serrations are sharp, and there is feeding damage to the tip. Would make a very impressive holiday gift.