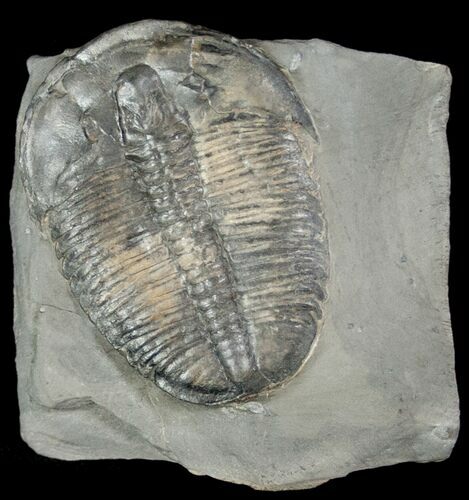 Here is a MONSTER Elrathia kingii trilobite collecting in the Middle Cambrian, Wheeler Shale of Utah. There are tens of thousands of these trilobites collected each year from the Wheeler Shale but very few reach this size (less than 0.1%) Not only is it huge at 1.89" long, it's in great shape with tightly attached cheeks.