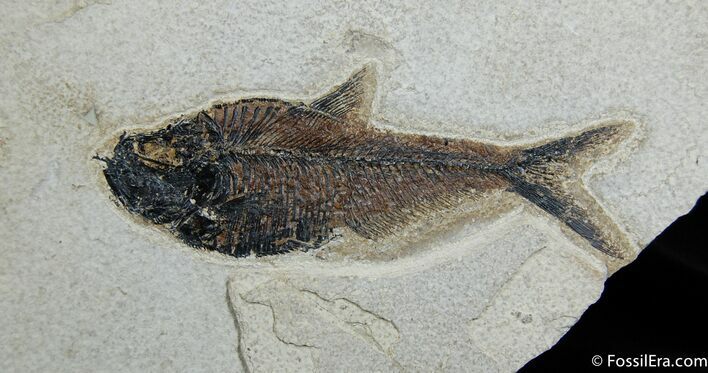 This is a nice large Diplomystus dentatus from the 18 inch layer of the Green River Formation. The 18 inch layer produces some spectacularly dark colored fossil fish, though they take significantly more preparation time than those from the split fish layers. This specimen is beautifully detailed, with the bone structure, backbone and fins easily seen.

It is layed out nicely on a irregularly shaped piece of matrix that has been broken but was professionally prepared. Like essentially ALL fish from the 18 inch layer, there is some minor restoration to repair small bits of scale that flaked off during prep and on some fin tips (which typically don't preserve well) This is a very aesthetic specimen of Diplomystus from the Green River Formation.