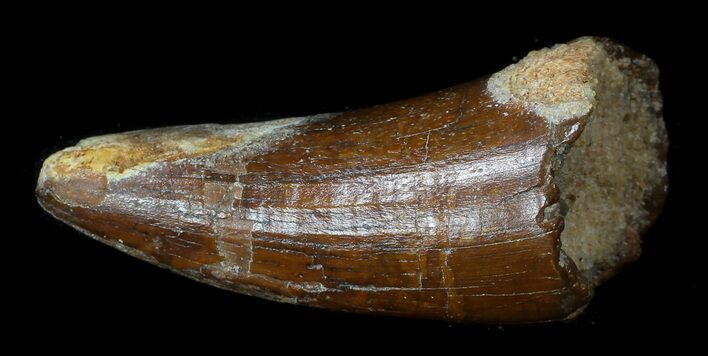 This is a huge, Cretaceous aged fossil crocodile tooth from the Kem Kem Beds of Morocco.