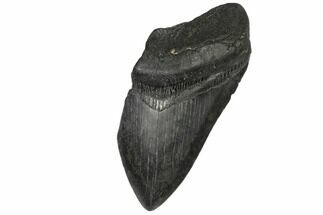 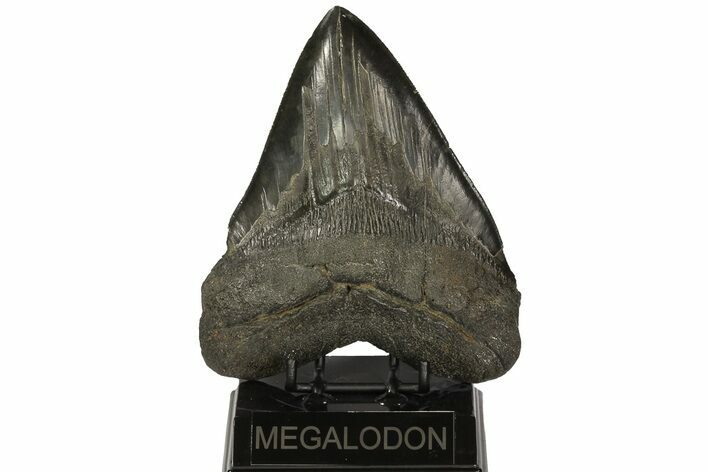 A massive 6.03" long fossil Megalodon tooth from South Carolina. Complete teeth over 6 inches long are pretty rare finds A tooth of this size would have come from a super-sized Megalodon shark, probably in excess of 50 feet in length.

The tooth is in good condition with most of the enamel intact. The serrations are slightly worn, but most are still visible along the edge of the blade. The sheer size makes this a really impressive specimen. 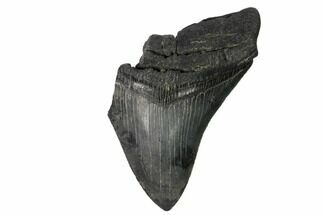