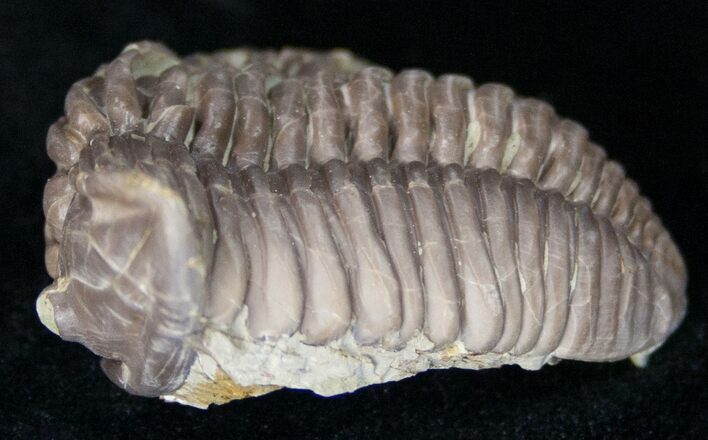 This is a huge specimen of Flexicalymene retrorsa from the famous trilobite beds of Mt. Orab, Ohio. It would have been about 1.8" long if outstretched it's head is tucked and slightly contorted. It has been cleaned using air abrasives under microscope.