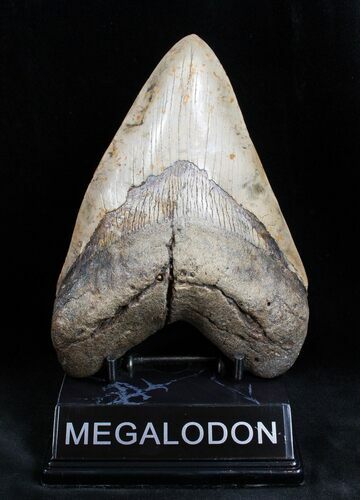 This is a monstrously large Megalodon tooth at exactly 5 3/4 inches in length, it would have come out of a 40-50 foot prehistoric, mega-shark. It has a light coloration typically not seen for teeth found of the Carolina coast. The serrations are worn but it's solid and has a very nice blade. It comes with a custom "MEGALODON" stand to show off how impressive it is.

This tooth has been RESTORED. There is some done to the very tip, and the corner enamel on both sides, and an enamel peel on the back. The restored areas are very small though. 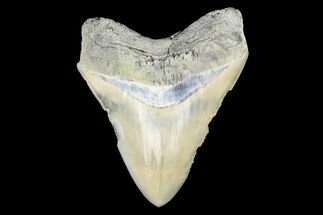