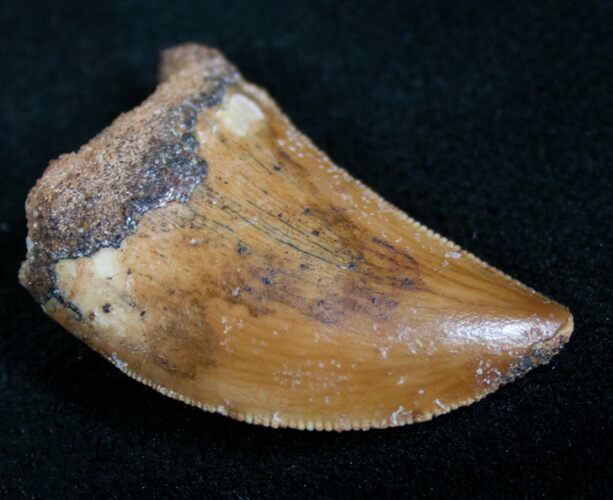 This is a gorgeous tooth tooth of the massive theropod dinosaur Carcharodontosaurus saharicus, which often gets compared to T-Rex. At just over an inch long this specimen would have come from a small juvenile of the species. Despite the small size it has great preservation, with beautiful enamel and fine serrations. No restoration or repair unlike most Carcharodontosaurus that are available for sale.