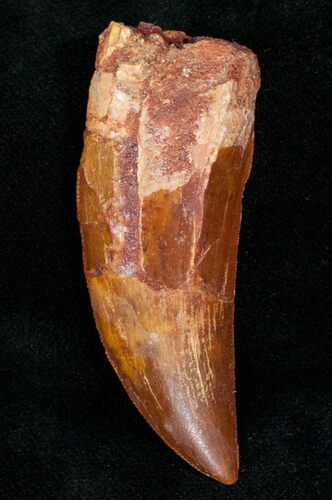 This is a nicely preserved tooth of the gigantic predatory dinosaur Carcharodontosaurus saharicus. It's 2.55" long with good enamel preservation and great serrations. There are several repaired cracks and some gap fill work done, mostly on the lower portion of the tooth. 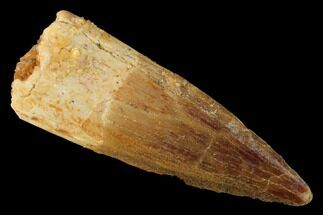