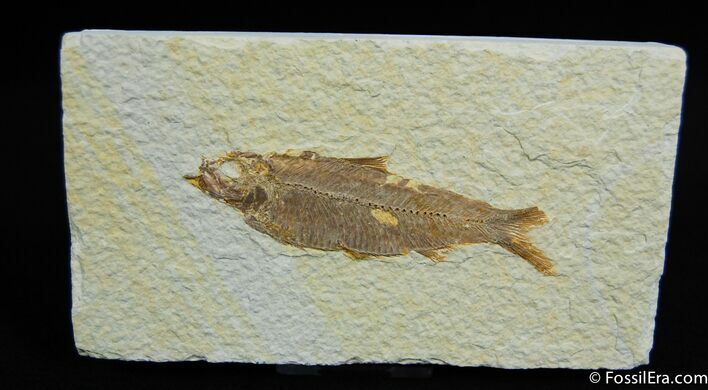 Here is a 3.2 inch long Knightia eocaena fossil fish that is nearly 50 million years old from Wyoming. It's well preserved with amazing detail, and nicely centered on a rectangular block of creme colored matrix. Displays very well on the included stand. 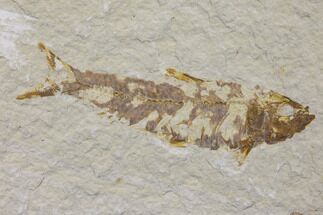 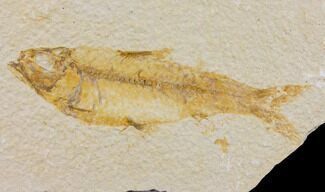 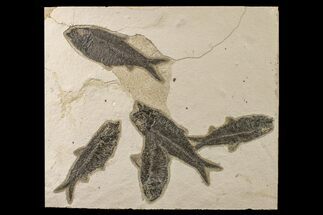