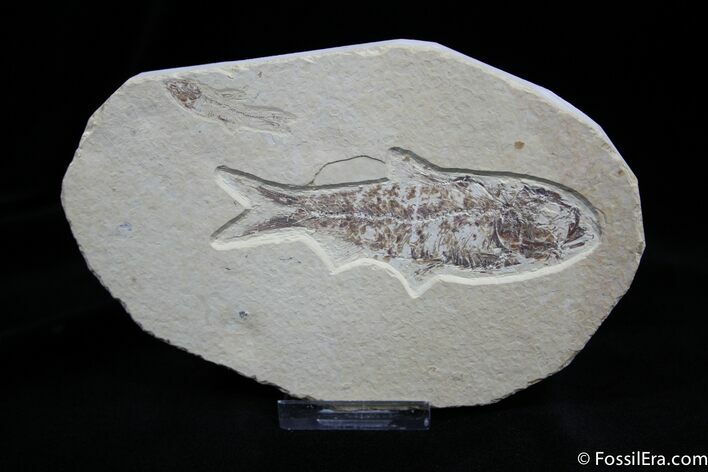 This is an inexpensive double Knightia fish fossil plate. The larger of the fish is 3 1/2 inches long and the smaller one is just under an inch in length. It was collected from the Warfield Quarry in Wyoming, and comes from the 45-50 million year old Green River Formation.