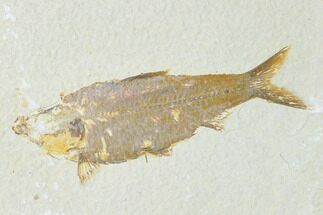 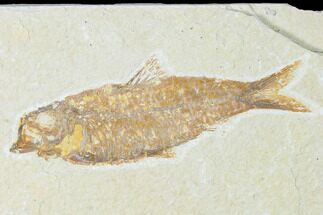 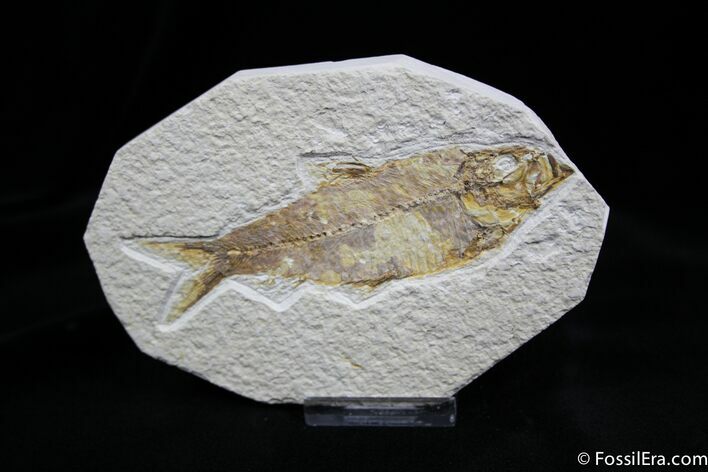 Here is a well preserved fossil fish, Knightia from the Green River Formation. It's nearly 50 million years old and spectacularly preserved showing bone structure, binds and scales. It's nicely articulated and layed out on a chunk of creme colored matrix. This is a great example of Knightia eocena that would look great in any fossil collection. 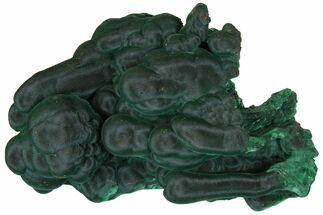