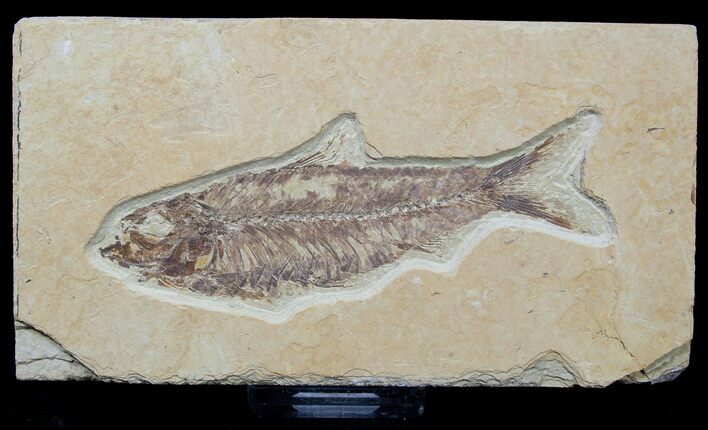 Here is a good size Knightia fossil fish at nearly 4 1/2 inches in length. It has nicely preserved scales, fins and bone structure. It displays well on it's natural matrix with the included display stand.