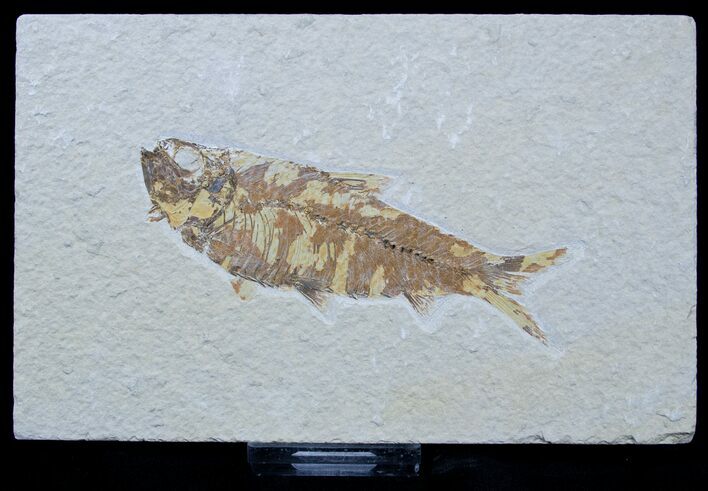 This is a bargain 4 inch long example of the Eocene aged fossil fish Knightia eoceaena. It has great detail, is well centered on a natural piece of matrix from the Green River Formation and comes with a display stand. These fish come from Warfield's Quarry near Kemmerer, Wyoming.