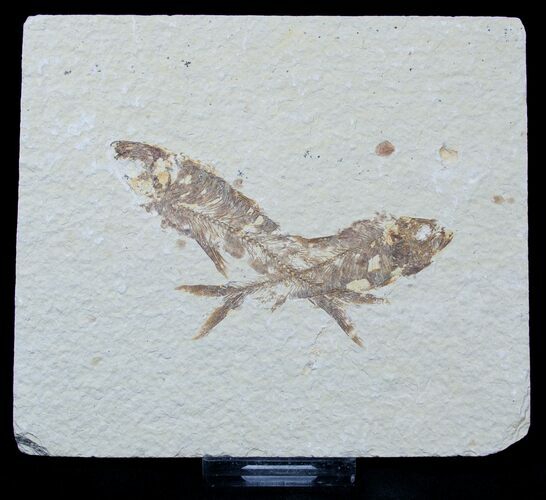 This plate contains two fossil fish of the species Knightia eocaena from the Green River Formation of Wyoming. Both fish are approximately 3 1/4 inches in length and nicely centered on a nice piece of natural matrix.