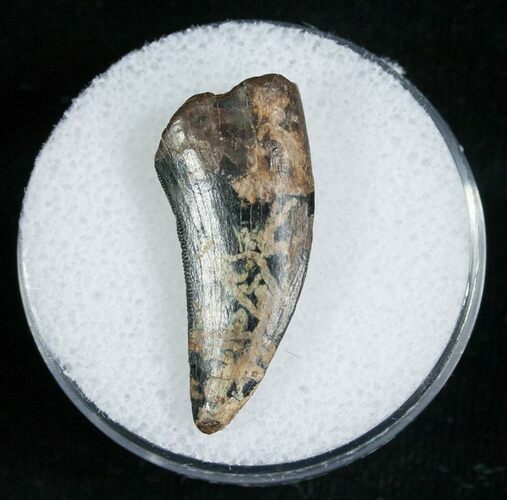 This is a large and nicely preserved tooth from a type of Dromaeosaur commonly referred to as a raptor. It comes from the Cretaceous aged (66 million years) Hell Creek Formation in Powder River County, Montana. The tooth is complete with nice enamel preservation and fine serrations. There's a bit to root etching and some minor feeding damage to the tip but overall it's a very nice tooth.

It comes with a riker mount case.