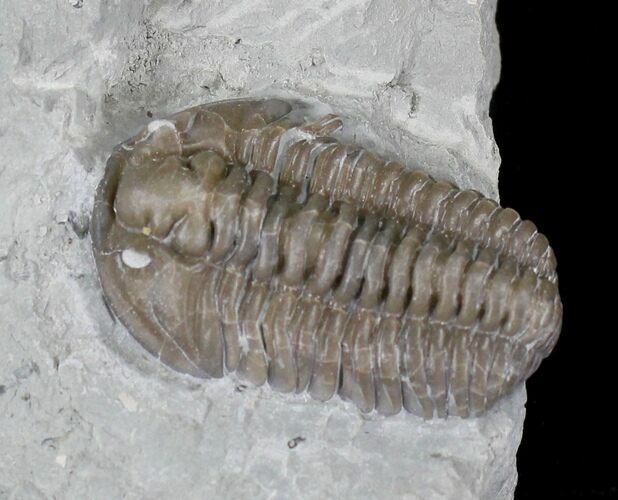 This is a large, prone 1.4" Flexicalymene retrorsa trilobite fossil from Mt. Orab, Ohio. Most of these trilobites are found enrolled or partially enrolled. This specimen has been cleaned under microscope using air abrasives. The tail is exposed, it is just slightly tucked.