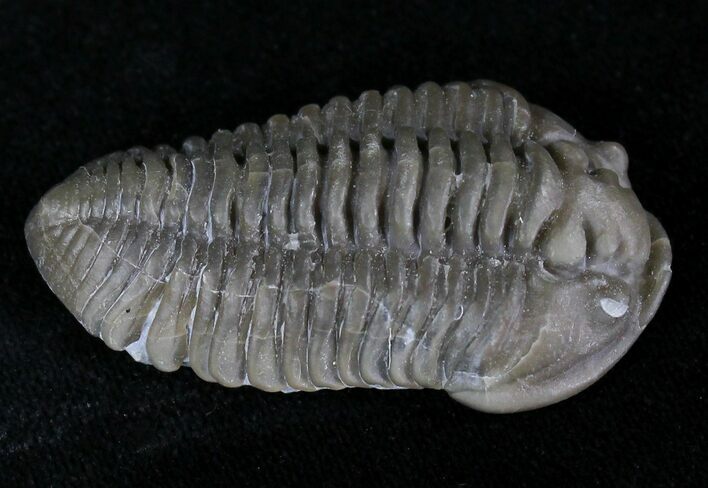 This is a large, 3D Flexicalymene retrorsa trilobite fossil collected from the famous trilobite beds at Mt. Orab, Ohio. It was prepared under microscope using air abrasives. It has mostly been removed from the shale which just the matrix underneath the shell.