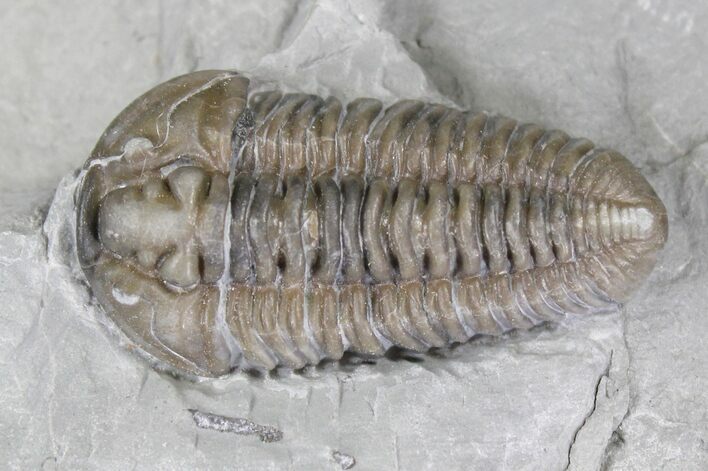 This is a large, prone 1.52" Flexicalymene retrorsa trilobite fossil from Mt. Orab, Ohio. Most of these trilobites are found enrolled or partially enrolled. This specimen has been cleaned under microscope using air abrasives.