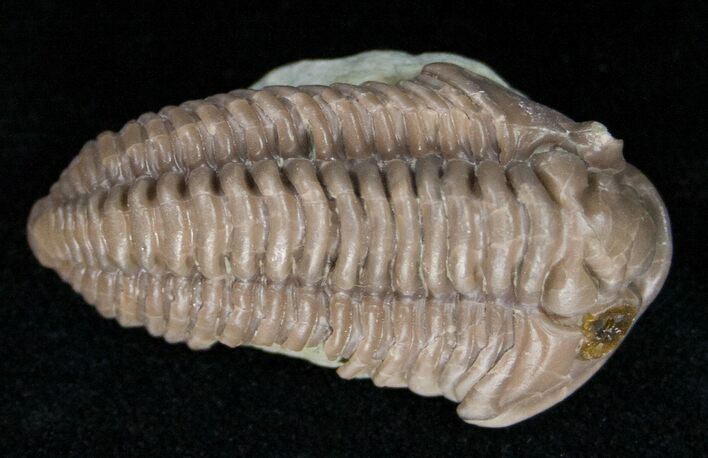 This is a large specimen of Flexicalymene retrorsa from the famous trilobite beds of Mt. Orab, Ohio. It's very large for the species a 1.6" long and laid out nice and prone. I has a little bit of compression and some missing shell on the right hand side but still is a nice looking specimen.