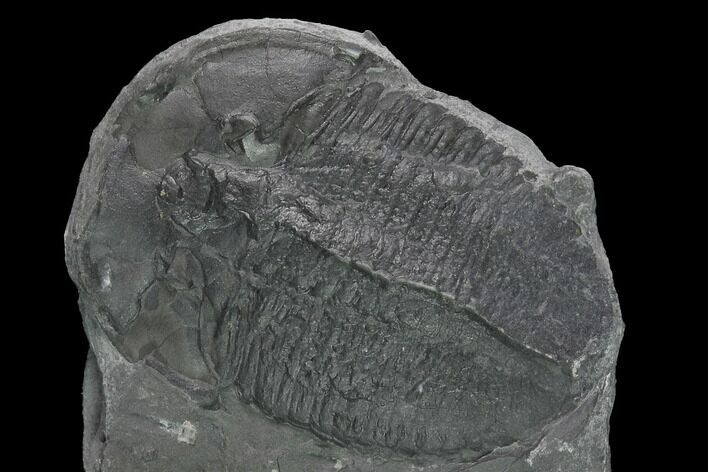 This is a large-for-the-species 1.74" long Elrathia kingii trilobite fossil from the 505 million year old Wheeler Shale of Utah. 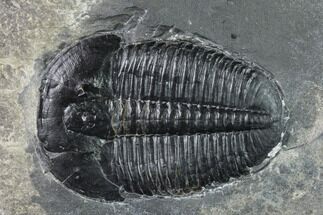