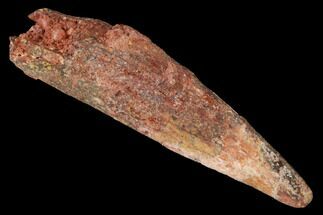 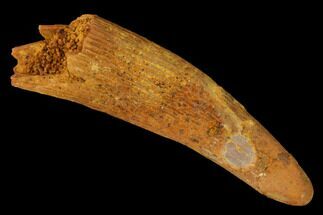 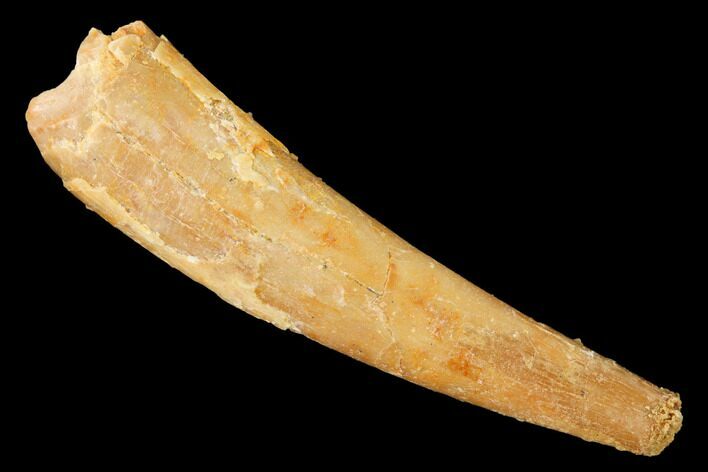 This is a 1.81" long, fossil Pterosaur (Siroccopteryx) tooth from the Kem Kem Basin, Taouz, Morocco. At over 1 1/2" this is quite a large tooth. The very tip is missing from the tooth.