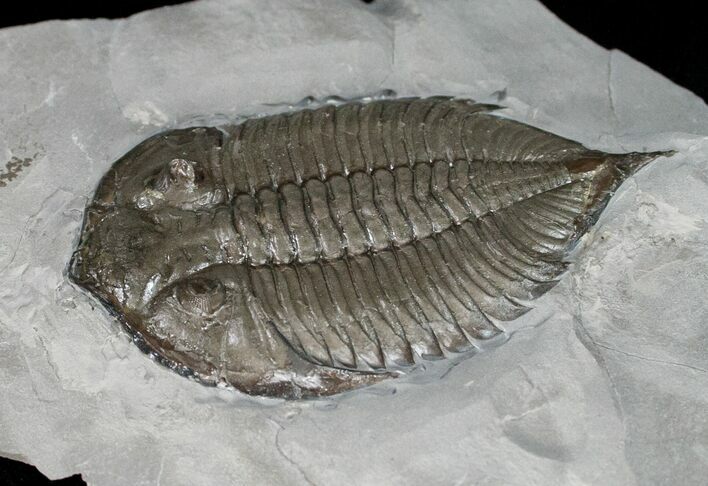 This is a nice example of the classic US trilobite, Dalmanites limulurus. It was collected in the famous Caleb Quarry near Middleport, NY. While this quarry has produced many Dalmanites over nearly two decades but it is being reclaimed after the next season for two so these trilobites will become much harder to get.

This is a beautiful specimen is above average size for the species and is nicely preserved. There is a little compression to the right side, and like nearly all trilobites from the Rochester Shale there is some minor shell restoration.