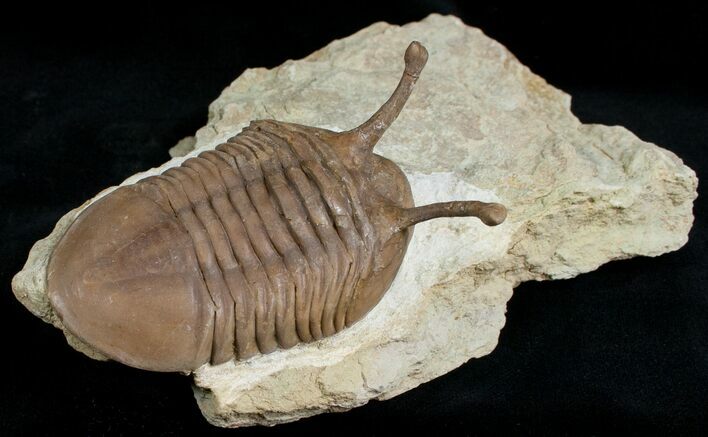 This is a very large specimen at close to 3 inches long and it is laid out nice and prone. Yes, those eye stalks are real. This specimen does have a fair amount of restoration to damaged shell, particularly on the left hand side of the head. That is the reason for the price is a lot lower than might be expected. It still looks mighty cool though.