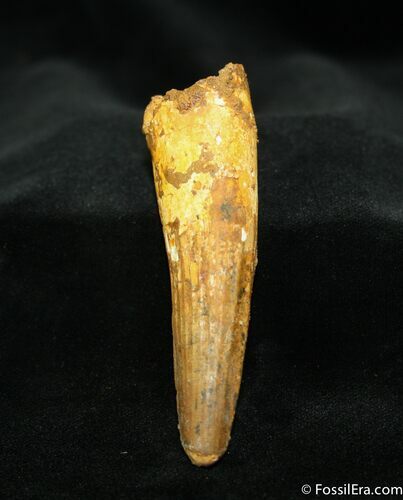 This is a large authentic tooth from the largest known meat-eating dinosaur Spinosaurus. It was collected from the Upper Cretaceous aged Tegana Formation near Taouz, Morocco.

This 3.05 inch long tooth is in great shape showing good enamel preservation, distinctive growth lines and a partial root. There has been no restoration or repair to the tooth.